Beginning in September, 2016 “Falling Into Place” will screen at outdoor venues around Maine as part of the Maine Outdoor Film Festival. We will release the dates and locations as available. 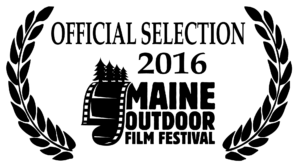 Article and Photos By Craig Stein

Slickrock sections of trail, flowy loops of singletrack, sandy washes, and incredible scenery is what Moab mountain biking is all about. This world class off road riding offers spectacular views of the Colorado River, Canyonlands & Arches National Parks and many other natural wonders for both disabled and able bodied individuals.

This past week was quite the experience for a few GoHawkeye Foundation members as they returned to the Utah desert near Moab to check in with the foundation’s first adaptive sweepstakes winner Danielle Lancelot Watson. She received a handcycle and desert riding experience with friends from GoHawkeye a year ago and we wanted to see how she has utilized her new equipment and the influence it has had on her life.

Hawkeye Johnson, GoHawkeye Foundation founder, was among those who joined Danielle for multiple days of riding.

Hawkeye described his personal experience riding in Moab, “Seeing Danielle among these experienced riders and being able to ride along with her was more satisfying to me than actually presenting her with the bike.”

“Her quiet determination and expertise on the handcycle,” he said,  “riding through slickrock, boulders and sand spoke volumes as did her smile.”

Danielle returned to the desert where she first began riding her custom built bike, a NUKE by ReactiveAdaptations. She joined the Telluride Adaptive Sports Program which has been guiding off road handcycle tours in Moab, Utah for the past eight years. Tim McGough, TASP Program Director pioneered these trips.

Tim recalled the first couple years of guiding off-road handcycles in Moab, “The trails we could ride were extremely limited at the time part in due to not entirely understanding what the bikes could do and how far the athletes could push themselves in the harsh desert environment. But with Reactive Adaptations off-road capable bikes coming on line and athletes coming to us like Danielle who want to see Moab mountain biking for everything it’s got, we (TASP) have an incredibly important and fulfilling job supporting these riders dreams!”

“We are so thankful to be accepted on the Moab trails now in which the system has vastly expanded and we are just normal riders out on the trail,” Tim said.

In May 2015 GoHawkeye TV filmed Danielle Watson riding in the Utah desert for a short adaptive adventure film, Falling Into Place. This most recent riding experience was very different as she ventured onto more advanced terrain and joined six other handcyclers on arid single track mountain bike trails.

Danielle related her experience, “I am not exaggerating when I say the Nuke has been a total life changer for me. I spent last summer exploring trails around Bend, Oregon and then used it during the school year to ride trails in Tacoma,” said Danielle. “I also use it to independently go for road bike rides because it is easier to transfer in and out of.”

Danielle continued,  “I learned a lot from riding in Moab. I saw the amazing potential of the bike to do things that don’t seem possible, and how to push my limits in it.”

When we left Danielle last Spring she was in graduate school pursuing a degree in occupational therapy. She has since graduated and is excited to start her post graduate programs.

“I have two three month internships to complete and then a national board exam in February before I can get a job,” Danielle explained. “My first internship is at the VA in Tacoma and the second one is for hand therapy. I am interested in helping people rehab after trauma or disease in their hands and arms,” she said. “I am also interested in working with neurologically impaired individuals like myself.”

“I loved hanging out with the guys in Moab. They were all so sweet and supportive and it was so cool to see the handcycles together. It is a constant battle with my ego to accept being the slowest when I used to excel at everything I did. It was great to be surrounded by friends because the guys left me in the dust. I am so grateful to Jet for riding with me on the last day. I learned so much from watching him bike and it was reassuring to see him waiting for me around every bend. I am now considering the electric assist so I can keep up with them!”

The GoHawkeye Foundation relies on gracious volunteers who donate their time, talent, equipment and expertise in all aspects of production. During the production of Falling Into Place, more than twenty volunteers made the trip to the desert to assist in the filming of Danielle on the Kokopelli trail. The GoHawkeye Foundation is currently  seeking individuals for post production support back at the GoHawkeye world headquarters in Telluride, Colorado.  If interested in joining our team, check out the crew positions still available below. Don’t see something for you but are still interested? EMAIL HAWKEYE and tell him about your specific skills.