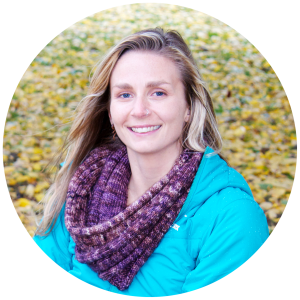 After surviving an almost 300 ft. free fall onto hard surface while rock climbing, Danielle affirms how a spirit of gratitude and her “fierce desire for independence” has allowed her to embrace an adaptive outlook on life and nourish her enthusiasm for extreme sports. Winner of the Great Outdoor Adaptive Adventure contest sponsored by GoHawkeye & ReActive Adaptations, Danielle Lancelot Watson tells her inspirational story in the film Falling into Place. She has learned to mono ski and hand cycle at competitive levels and is involved with multiple adaptive sports organizations. Danielle studied Art History and Philosophy at New York University and is currently pursuing a master’s degree in occupational therapy at University of Puget Sound, Tacoma, WA. 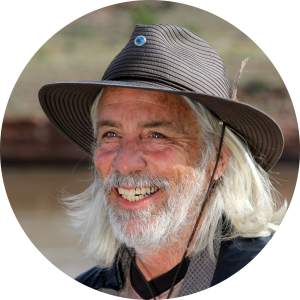 Founder of the GoHawkeye Foundation in Telluride, Colorado, Hawkeye Johnson is on a mission to support adaptive organizations and individuals through financial aid and outdoor experiences. In 2007, he raised $17,000 in pledges by hiking the Continental Divide Trail and another $12,000 when he hiked the Pacific Crest Trail in 2009. Both these long distance hikes benefitted the Telluride Adaptive Sports Program. Locally, Hawkeye is an adaptive ski instructor and organizes pirate parties within the community to generate scholarship funds for high school seniors. To fully integrate the GoHawkeye Foundation’s objective, he orchestrates the making of adventure films which feature people overcoming disabilities and attaining active, outdoor lifestyles. In 2013, he directed Off the Hook, a film about adaptive athlete Jake O’Connor, who pursues his passion for mountain biking with a specially designed hand-powered bike. In 2015, GoHawkeye Foundation partnered with ReActive Adaptations to give away two such custom, off-road hand cycles: one of which is presented in a short, non-fiction film Falling into Place. The film stars Danielle Lancelot Watson, who after becoming paralyzed from a rock climbing accident, shares insights into her new outlook on life and her perseverance to continue extreme sports. Hawkeye functions as both its script writer and executive producer. 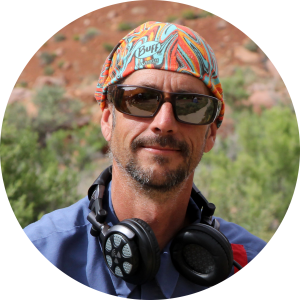 Craig Stein is a Telluride-based media director with background in both design and photography. Co-founder of GoHawkeye Foundation, Craig has specialized in making short documentary adventure films featuring disabled athletes since 2008. His videos and films, which serve the Foundation’s mission to inspire, include Load Bearing, a film detailing a progressive Alaskan adventure for disabled mountaineers and Off the Hook. Craig’s current project, Falling into Place, engages him in multiple roles as director, editor, script supervisor and cinematographer.  His dedication to his craft is matched only by his passion for outdoor recreation and its advocacy to people of all abilities.

Thanks to Our Gear Sponsor